I have been a professional fantasy map maker for the last 6 years+ but I have been a cartography, geography and geology nut since I was a child. One of my favourite pastimes as a kid was looking at old globes, atlases and maps and poring over the intricate fictional maps of my favourite books like JRR Tolkien's Middle-Earth, CS Lewis's Narnia, AA Milne and EH Shepherd's Hundred Acre Wood map for the Winnie The Pooh books even the maps of Moomin Valley and The Wind In The Willows all held a fascination for me. Having gone on to study geography and geology at school and after, I have used my knowledge of topographical features, cartography and the geology of how landscapes are formed and shaped by nature, to influence my map making in creating worlds which are both fantastical and realistic and bringing an author's vivid imagination into visual life!

All my maps are hand drawn, using graphite, pen & ink and watercolour, coloured inks or acrylic paints where colour is required, with either hand written or computer added labels (as per client's preference). All my maps are also created to each individual client's unique & specific requirements and preferred style, as I am able to replicate any visual style wanted. 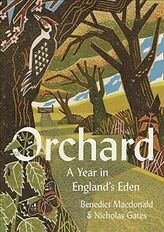 ​Orchard: A Year in England's Eden

One of my first non-fiction map commissions. Given my own environmental and conservation interests, I was honoured to be asked to work on this fabulous project and create the internal map illustration for this wonderful book! I worked with the two authors, Benedict MacDonald (who wrote the wonderful re-wilding book 'Re-Birding Britain') and Nick Gates, both of whom are wildlife filmmakers and photographers, who have worked with BBC Springwatch, David Attenborough wildlife documentaries and documentaries around the world. Their book charts the progress of a natural orchard in Herefordshire over the course of a year and all the wildlife that lives in and around it. This ancient orchard which adheres to the practices of the past where agricultural practices work with nature rather than against it like the awful modern agricultural practices of the last 30 years which are so destructive to our environment, biodiversity and wildlife. It was an inspiring project to be a part of on every level and one of my proudest achievements.

The hardback of 'Orchard: A Year in England's Eden' was published by HarperCollins in August 2020, and the paperback will be published in June 2021.

The map artwork will be available to view once published. 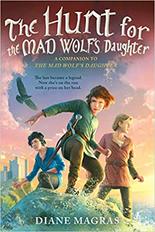 The Hunt For The Mad Wolf's Daughter 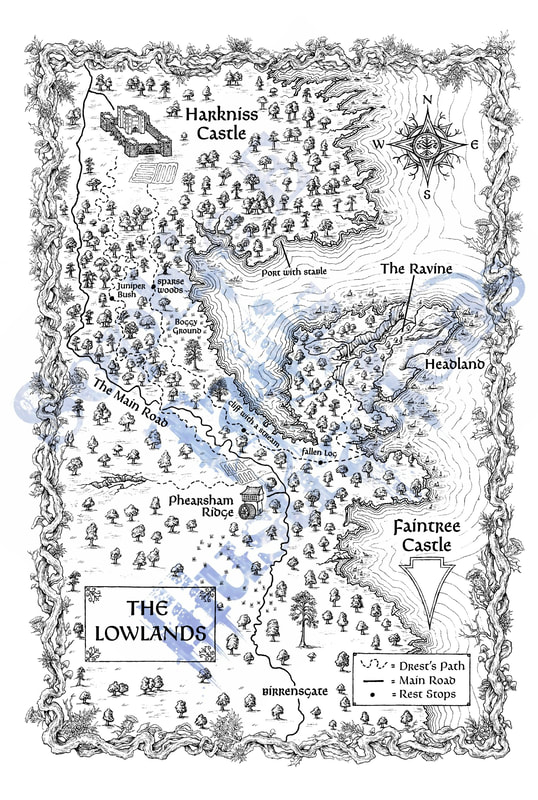 A pyrography map I created on wood for friends, of the swathe of farmland they have bought, using a range of sources including satellite images to accurately recreate a bird's eye view of the landscape with a few creative flourishes. Created March/April 2018. 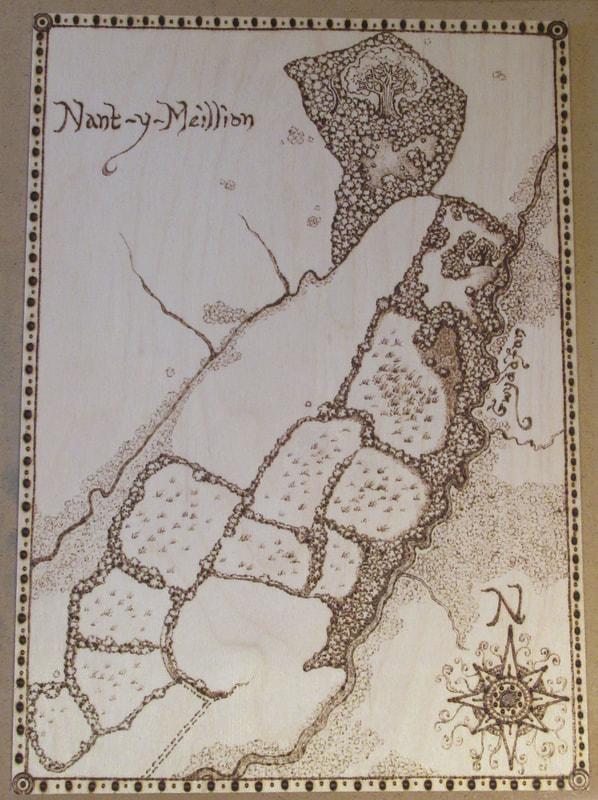 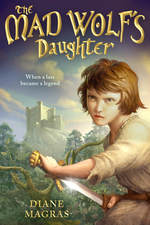 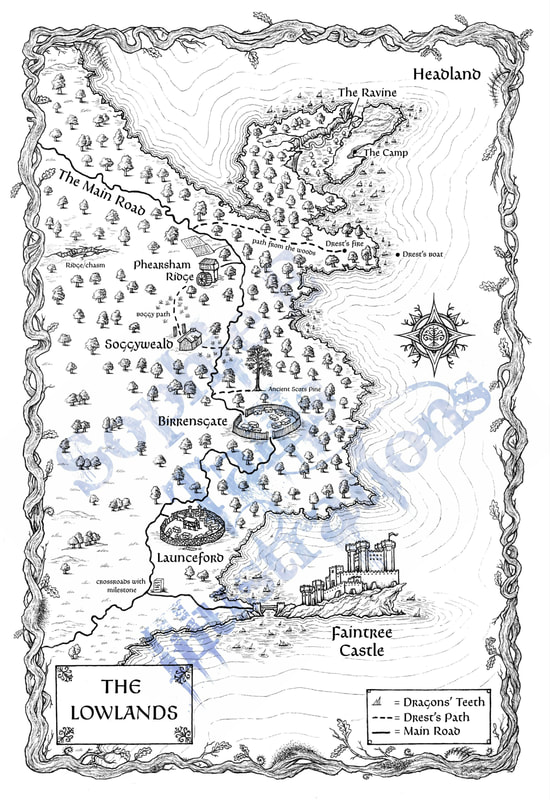 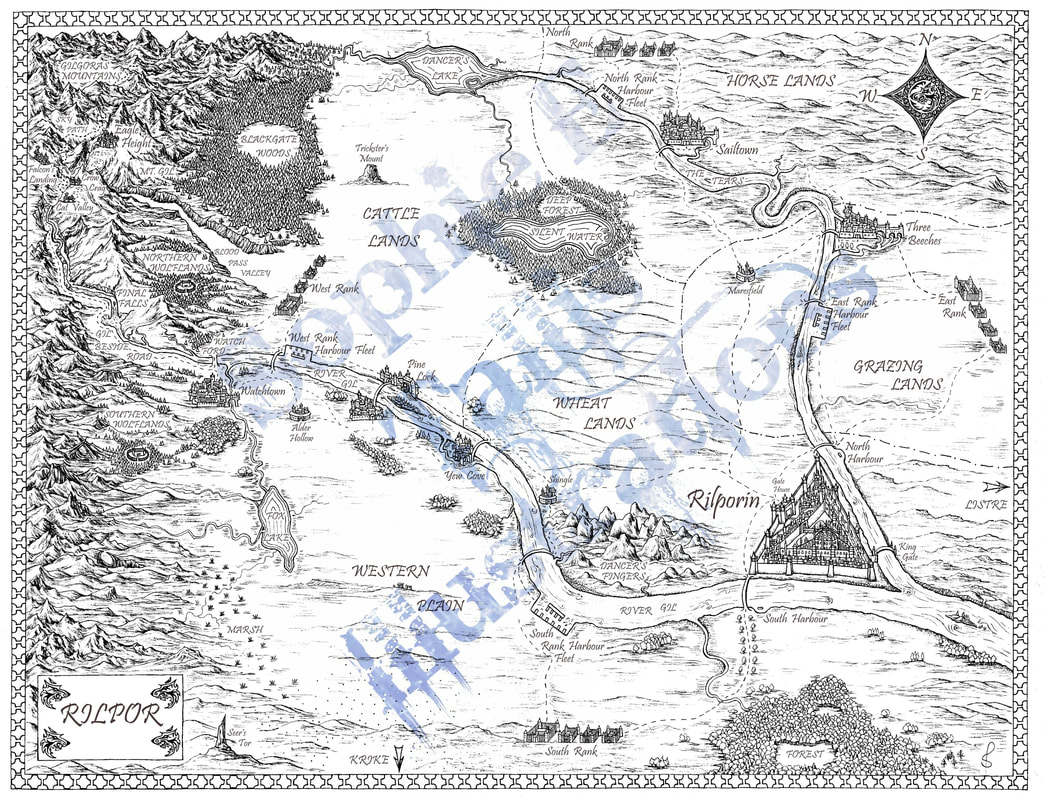 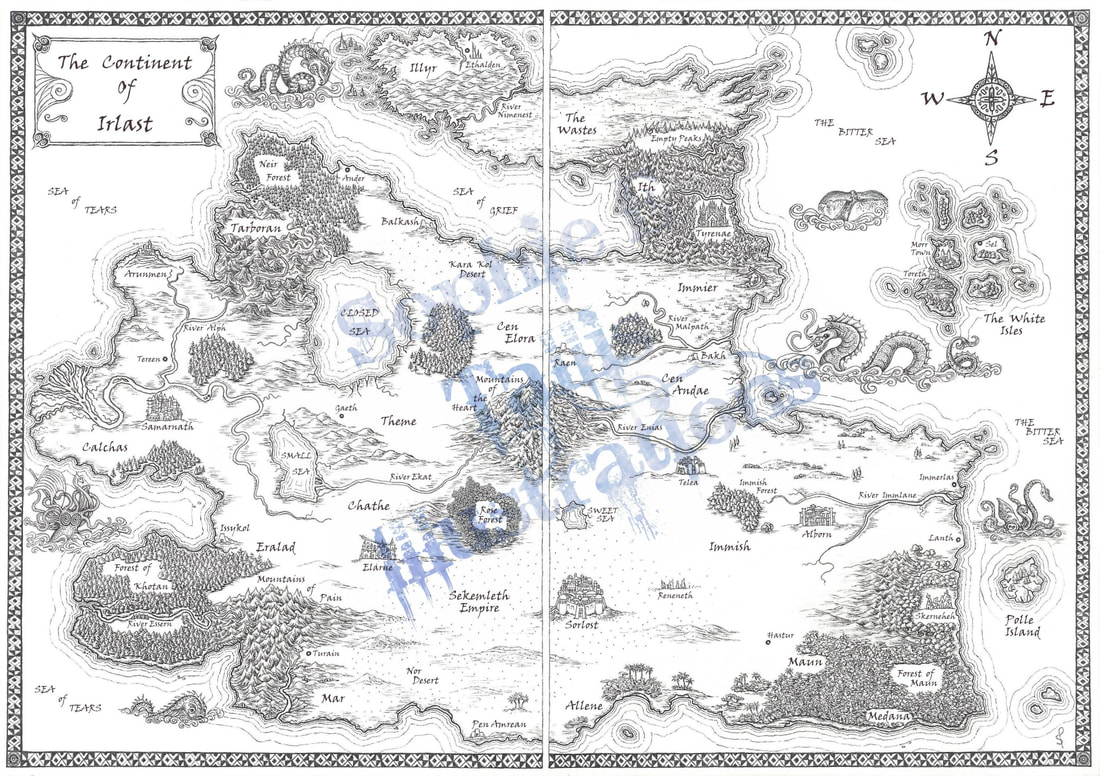 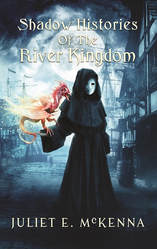 Shadow Histories of the River Kingdom

A wonderful collection of stories by master story-teller, Juliet E McKenna (Tales of Einarinn), including a brand new story, all set within her new visionary world, the River Kingdom. Launched at BristolCon on October 29th 2016 and published by Wizard's Tower Press by Hugo Award winner Cheryl Morgan. I was thrilled to do the map for this, my latest commission...and here it is! 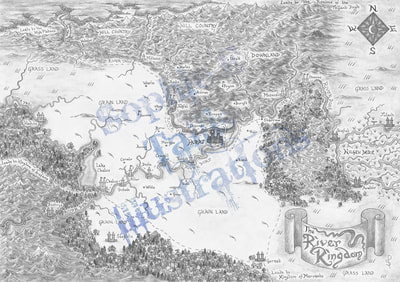 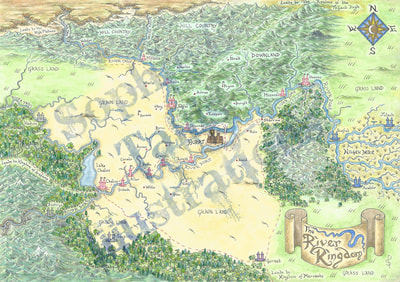 Below is a fantasy map I created for the extraordinary world of uber-talented writer, Jude Houghton, and his stunning debut novel, Songs of Seraphina, published 30th June 2015 by Tenebris Books - http://www.tenebrisbooks.com/. 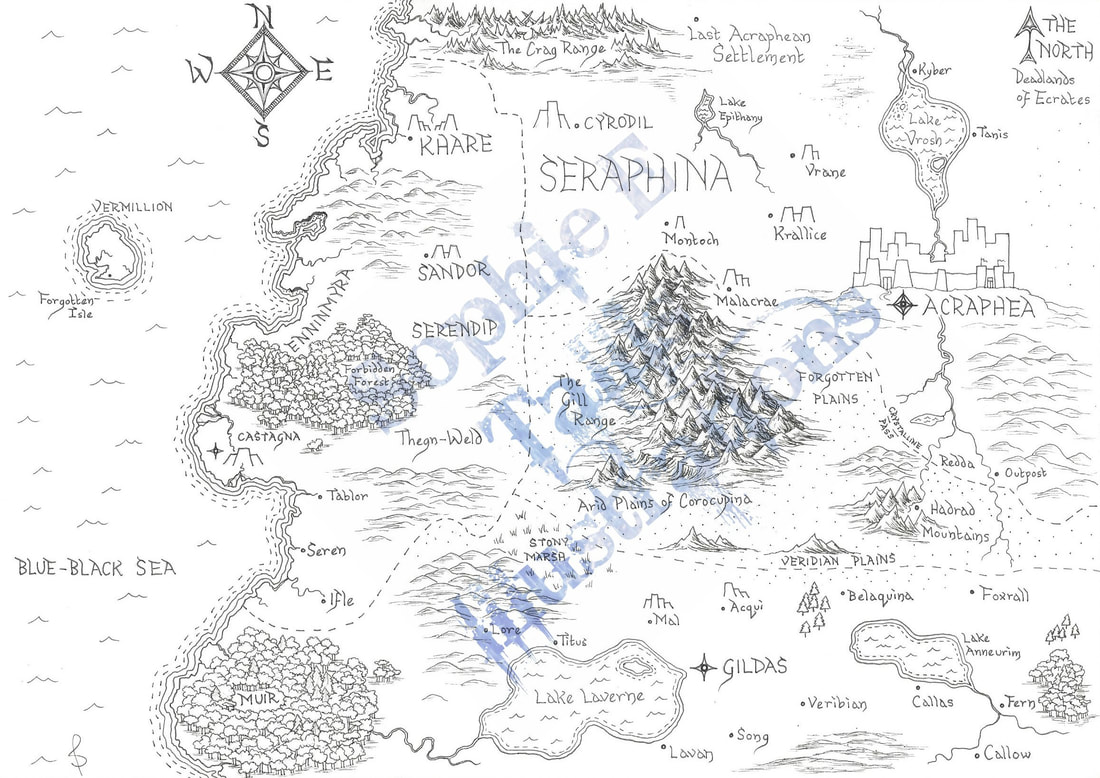 Below is one of the nine illustrations I completed for my epic fantasy novel, White Mountain, re-published 1st December 2014 - by Kristell Ink Publishing - http://kristell-ink.com/ and BFS award winning independent press, Grimbold Books - http://www.grimboldbooks.com/. For more information check out: http://thedarklingchronicles.weebly.com/ and https://www.facebook.com/FantasyEpic.

Cover art by uber-talented, Danil Shunkov (based on an initial sketch by me) 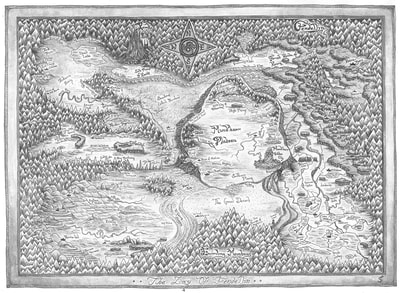 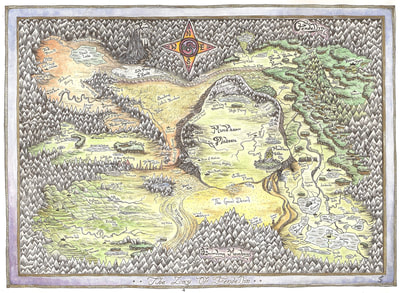